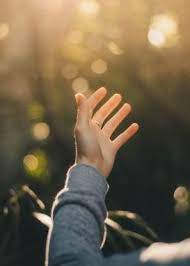 In the beginning, God created heaven and earth, Gen 1:1.

Before man was made, everything that man would need to survive was made. God set up the earth before the advent of man. Everything God made was declared good and perfect. He carefully and wonderfully made man; man became His masterpiece and placed him in the garden of Eden to cultivate it and guard it. He gave man dominion over all other things that had been created. He gave him a helpmeet to be his companion. God was very pleased with everything He had made.

The initial plan of God is to have regular fellowship and communion with man who He made in His image and likeness. In the cool of the evening, God would visit man for fellowship and communion with him. This relationship was the masterplan of God well designed to make man live in abundance and love of God. He made man comfortable and provided all he needed. He told him what he should do and what he should not do. His instructions were simply laid down to man, and the consequences of disobeying His orders were made known to him.

God’s plan was working perfectly with man until an unfortunate day when man aligned with the serpent and disobeyed the command of the Most High. Man sinned, and he is condemned to die. God’s eyes are too holy to behold iniquities; for this reason, God cannot behold the sight of man any longer. The man had to be dismissed from God’s presence and be subjected to the consequences of his sin- eternal death. Sin brought separation between man and God. Sin has distorted the plan of God for creating man, which is fellowship and communion.

The death of man will make the universe God created for man to be nothing but a waste because all other things were primarily made for man and man’s use. God loved man and felt sorry for the man because his life had become nothing but a mist. The wicked shall not go unpunished (Prov 11:21), and the wages of sin are death. God’s own decree must stand; the man had to pay the penalty of his actions.

Being now in a sinful nature and already disconnected from God, man lives a hopeless life, and he is destined for destruction. Man has no means of rescuing himself because he can’t save himself. He has become prey to those things he once had dominion over and become an object of ridicule to his deceiver, the serpent.

God’s love for man was so much intense that God had to institute a rescue mission for man. If man should die, God won’t have communion again with His lovely creation He made in His image. For man to be saved, man needs to be reconnected back to God in a sinless form. How could this be done when he was already condemned to die? Someone who is worthy has to take up man’s punishment, which is death.

The Love God has for man made him send His Son who is without sin for man’s rescue (John 3:16). For the sake of man, God’s Son, Jesus, gave up his life, sinless nature, in exchange for man’s life, sinful nature. Thereafter, he took up the death judgement proclamation on the man so that man could live. Jesus was used for the atonement of man’s sin.

Jesus’ death brought an opportunity for man to be restored and reconnected back to God. If a man can take up the life Jesus offers and give up his own condemned life, Jesus will stand as the bridge linking him back to God. Man can only stand in God’s presence if he is without sin, and this can only be done if he takes up Jesus’ life, a sinless life.

With Jesus, man now has access to God and His Throne of Mercy. In Jesus is eternal life embedded because Himself is the life. Jesus’ sacrificial life brought the restoration of God’s initial plan with man, which is having a man in God’s presence where God can dine, commune and fellowship with him.

A passionate lover of God. Enjoys dwelling in God's presence having the mandate to reach out to the world. 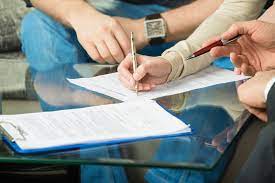 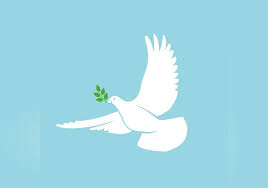