Finishing is Better than Starting 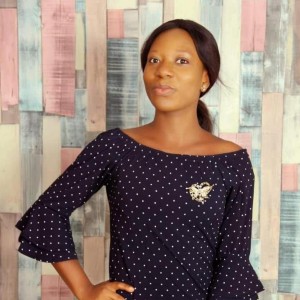 Angie was so determined to get to the end of the finish line. She had always won the marathon race since her junior school. Sweat was running down her beautiful oval face. She thought of the fame attached to her name Angela Briggs. Everyone in school knew her. The guys keep flocking around her just to get a chance to be her friend. Some girls liked her; others simply envied her. Being a talented athlete, keeping a slim body, and keeping fine curves come with a price, she thought. She was not ready to drag her name to the mud by not emerging as the first person in this race.
“I’ve run the marathon four times in this school, and everyone knows I’ll win even before the race gets started,” Angie thought.

She looked behind her and could not see any of the athletes in the race. As usual, they were much behind and might never catch up with her or, so she thought. Finding a can of Soda wasn’t difficult as they were placed on the road’s sides for the athletes in the race. Gulping down half of the can, Angie breathed deeply and aloud. She decided to sit on a bench in a shelter by the roadside and rest a little more, shunning the words of some spectators around who encouraged her to keep running. Leaning on the wall, she was super convinced that she had everything in control.
“Wake up, Angie, wake up”! Said one.
“You’re gonna lose the race! Wake up”! Said another.

Slowly opening her eyes, she saw her fellow students around her and then her eyes went to the road immediately. Angie saw other athletes running down the road to the finish line, just a few kilometres ahead. Within few seconds, she was on the road, running with more speed than when she started. In the bid to outrun others, she lost control and fell on a bent knee.

Lying on the stretcher and thinking about her fame as an athlete more than her knee, Angie wished she hadn’t been too confident in herself. She was being carried away from the road before the race ended.
Finishing is better than starting! Patience is better than pride! Ecclesiastes 7:8 TLB

Solomon himself could witness that it is not the beginning of a man that matters but the end thereof. It is at the end that we know those who ran well, those who persevered, and those who really ran with God. Stay on track. Run on your lane, so you will not be disqualified. Stick to the ministry or vocation God has called you into. Let it be your testimony that you finished your course as Paul testified.

Sometimes, nature calls- we get tired and want a break from life. Nevertheless, our rest does not come from sitting and doing nothing. Our rest is in Christ Jesus. When we learn to live and not survive, we stop struggling. You may need to go for a vacation, have a retreat, and just move away from busy life schedules. But your prayer life, worship, word study, and your entire relationship with God cannot be on vacation. You need them 24/7, not for activity’s sake, but love’s sake.

Remember, the race is not for the swift nor the battle to the strong. Keep looking unto Jesus, the Author and Finisher of our faith. You are not only going to finish the race, but you will finish strong!