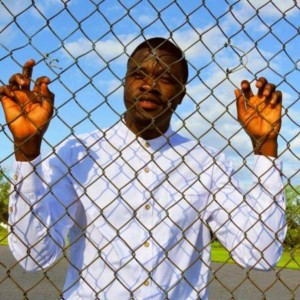 From the day I found Jesus, I have always remained Victorious

Most times, it is difficult to understand the true intentions of a man until he has a platform. A good example is how a politician can promise heaven and earth before an election and he/she puts on another show after being elected. The change in attitude when people get to the position of power can be so sudden, even to those in office or power.

However, as believers, we are priviledged to learn the true attitude of service and submission from Jesus, our perfect example. His life thought us so much about selfless service to God.  Now, let’s take a look at how we can apply these lessons.
Matthew 28:18 “And Jesus came and spake unto them, saying, All power is given unto me in heaven and earth”

Philippians 2:9 “Wherefore God also hath highly exalted Him, and given Him a name which is above every name:”

This explains that Jesus occupies the highest office that ever existed. However, we are so quick to declare the infinite power of Jesus without reading the preceding verses in Philippians 2:9.

“…But MADE HIMSELF OF NO REPUTATION, and TOOK UPON HIM THE FORM OF A SERVANT, and was made in the likeness of men: And being found in fashion as a man, HE HUMBLED HIMSELF, and became obedient unto death, even the death of the cross….”(Philippians 2:7-8).

Despite the glory and power attached to His office, He made Himself of no reputation. In other words, He chose ‘service before office’. No one can take His life, but He laid it down. He taught His disciples the same principle.
Luke 22:25-26 “…And He said unto them, The kings of the Gentiles exercise lordship over them; and they that exercise authority upon them are called benefactors. BUT YE SHALL NOT BE SO: but he that is greatest among you, let him be as the younger; and he that is chief, as he that doth serve.

Apostle Paul also followed Jesus’ footsteps by showing exemplary servitude despite his office as an apostle.
Romans 1:1 “Paul, a SERVANT of Jesus Christ, called to be an APOSTLE, separated unto the gospel of God,”.

This  statement is a powerful expression of Paul’s service to God and there’s so much to learn from it. He placed his service above his office. Little wonder he was able to fulfill his purpose.

According to Strong’s concordance, the word ‘SERVANT’ has a Greek root word ‘DEO’ which means ‘to bind’. In other words, he became a bondman by choice yet purchased by Jesus Christ (1Corinthians 6:19-20).

To place our service above office is a CHOICE- the only choice for every believer with the mind of Christ.

I can hear someone say “but I have no platform or office”. Well, that’s not true. Because God has a good plan for you. It means that you occupy a position in the agenda and will of God. So, start prioritizing every of your service. Remember, SERVICE BEFORE OFFICE.

PrevPreviousHOW FAMILIAR ARE YOU WITH GOD?
NextEmotional WholenessNext
PrevPrevious
NextNext