Look beyond the giants 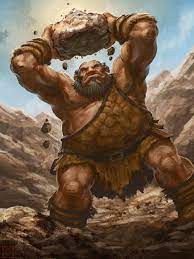 And there we saw the giants, the sons of Anak, which come of the giants, and we were in our sight as grasshoppers, and so we were in their sight. Numbers 13:33

God’s promises are numerous in the scriptures. Sometimes we hear Him while reading our Bible, praying and even in our dreams. He gives beautiful promises and a glorious future for us.

Our text today reveals the experience of the children of Israel in the wilderness when God promised them a land flowing with milk and honey. They doubted him when they got the report of the giants in the Promised land. They were only looking at the giants instead of holding unto God’s word and standing on his promises. One thing is for God to speak; another is for us to hold Him by His words.

The fact that God promised us a safe landing doesn’t mean there won’t be storms, turmoil, and other difficulties. Giants will always come in the form of obstacles to prevent us from getting to the Promised Land. This giant may come in the form of financial difficulties, health issues, marital issues, unemployment, rejected proposals, addiction, and other challenges. Whatever your giant is, the most important thing is to overcome them.

How to overcome these giants?

As you meditate on these words this week, do not doubt God’s word. Just keep trusting Him, for surely, He will do it. He is not a man that He should lie. I pray that you will grow in the grace and courage of God

I am a person who is passionate about soul winning. I work as a teacher and I use it as a means to evangelism to the young ones.

I Have Reasons for My Actions 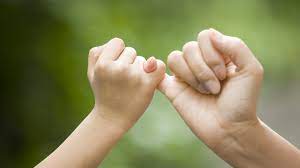 IN WHOM DO YOU PUT YOUR TRUST?

By Chigozie Adeyeye
END_OF_DOCUMENT_TOKEN_TO_BE_REPLACED
close
Thanks !