Bold as a Lion 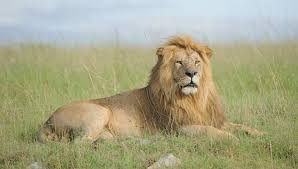 Proverbs 28:1 says “The wicked flee when no one pursues, But the righteous are bold as a lion”.

It seems like I am one of the few that constantly have thoughts about what life looked like before the fall. I do imagine the joy, peace, and love experienced by Adam and Eve in the garden of Eden because of their fellowship with God. I imagine what their prayers look like.

Do they even have prayer requests? Because God was everything to them. They were neither sick nor lack anything. These and many more make me marvel at the privileges God bestowed on them because they were naked and unashamed before their Creator.
However, the picture after the fall was completely different. Through sin, their righteousness and authority were forfeited. And then, due to their disconnection from God, they became fearful and ashamed thinking that running from their creator is the solution.

Here is the joy wherewith, although they were disconnected from God, God never gave up on them. He delivered His priceless creation from sin and shame by sending Jesus. Through Jesus’ sacrifice, we have been reconciled back to God. Our righteousness and authority have been fully restored.

Now, we can stand before God with boldness. We can call Him Abba, Father! (Rom. 8:15-16). Halleluyah. We have received the Spirit of adoption. No longer to leave in fear and slavery but in power and love and a sound mind (2Tim. 1:7)
We are accepted in the Beloved (Eph. 1:6). “To the praise of the glory of His grace, wherein He has made us accepted in the beloved” Not based on our works but based on what Jesus did. Because of this, we have an open invitation to come boldly to the throne of grace – Always and Forever.

That’s not all, we are now empowered to rule and reign in life (Rom. 5:17) For if by the trespass of the one man, death reigned through that one man, how much more will those who receive God’s abundant provision of grace and the gift of righteousness reign in life through the one man, Jesus Christ! He gave us his approval which we did not merit in the first place. This approval is the reason we are victors and no longer victims. It’s the reason we trample over snakes and scorpions and all the power of the enemy (Luke 10:19).
Do you know why He did all this for you? It is because of His love for you. He wants you to have confidence in Him.
Say this with me: I am one with my heavenly father, I have no confidence in my flesh but in Him and Him alone.

I am a lover of God, my family and a praying woman.

VICTORY THROUGH THE CROSS 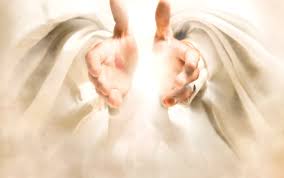 I Have Reasons for My Actions